If you’ve been arrested for an OVI/DUI in Ohio, the penalties can be severe.

So is there any difference between an OVI and a DUI.

The short answer is NO. In Ohio, DUIs are simply known as OVIs.

There are many different acronyms that can be used interchangeably with DUI. These include:

From the Ohio State Bar Association:

The acronyms DUI, DWI, OMVI and OVI all refer to the same thing: operating a vehicle under the influence of alcohol or drugs.

Because a more recent change in Ohio law removed the requirement that a vehicle must be “motorized,” the current acronym that refers to driving under the influence is “OVI” (Operating a Vehicle Impaired). It is now a crime in Ohio to operate almost any vehicle while impaired. This includes not only motorized “vehicles,” but also, bicycles, horse-drawn carriages and several other types of “vehicles.”

So in Ohio, a DUI is known as an OVI. If you’re caught driving under the influence of drugs or alcohol in the state, you’ll be charged with an OVI.

If you’ve been charged with a DUI/OVI in Athens or anywhere in southern Ohio, we can help. Susan Gwinn is an aggressive, experienced, and affordable Athens DUI/OVI defense lawyer. 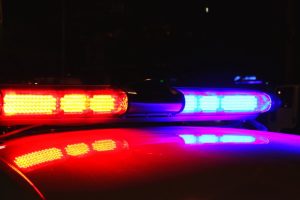 First offense OVI penalties are determined by whether you have “low test” or “high test” results. OVI test results are considered “low test” if they fall below these levels:

If your test falls below these levels, your OVI is considered a “low test”. If however, your results are above these limits, your OVI is a “high test”. Once your blood alcohol content hit a 0.08 percent, you will be charge with an OVI

Even with low OVI test results, a penalty must be paid. There are a few mandatory penalties that come with an OVI: 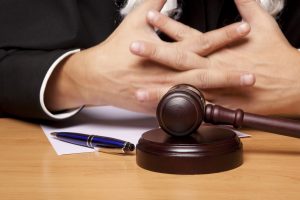 For “high test” OVI offenses, the penalties of the “low test” OVI’s are increased. The “high test” first offense also requires mandatory yellow plates. These yellow license plates, or restricted license plates. With these plates, an offender is granted limited driving privileges and must only drive a vehicle with the yellow plates on it. Obtaining that yellow plates is very complicated and time consuming, causing many people to think this is the worst penalty.

These yellow plates are meant to warn other drivers and law enforcement about the drivers OVI history and must be used until the period of limited driving privileges is over.

If you have been charged with an OVI, you will want to get the minimum amount of penalties. If you have “low test” results, you may be able to get the minimum penalties on your own, but even then a judge can increase your fines. Don’t risk excessive fines, jail time, or the loss of your license, contact us today for a free consultation. We will protect your rights.